If your computer—and the hardware located within—are important to you, you had better monitor the temperature of two important hardware units: the GPU (graphics processing unit) and CPU (central processing unit). Regardless of whether you are using a laptop when gaming, or playing on a large PC desktop rig, knowing and constantly staying on top of these temperatures can help preserve your game play and maintain the future health of your computer hardware.

Windows 10 users, particularly Windows 10 users that use a laptop, should take extra care to constantly check and maintain an adequate temperature in their CPU and GPU. That’s because overheating is very common in these machines—overheating that can often lead to a total hardware failure.

To help you avoid this fate, below we will explain just a few of the common reasons for PC overheating. We will then point out several strategies for monitoring your GPU and CPU temperatures to keep your machine and gaming setup in optimal working condition.

What Are Some of The Causes of High Temperatures in the CPU and GPU?

There can be many reasons that would explain while certain components in your PC are overheating, but the most common reason is dust buildup. Computers use constant airflow to keep the system from overheating. With time, this air flow can lead to an accumulation of dust in your system. This happens in laptops more than desktops, but it is still common enough in desktops to take notice. To clean this dust, try spraying compressed air into the back and sides of your computer, where the fans are running. You should also check that the fans in your computer are working properly, and that you are not working or gaming in a position that is blocking the computer’s ability to receive the needed air flow to cool the machine.

How to Monitor Your GPU and CPU Temperature Using Your BIOS

There are many programs and pieces of software that you can use to monitor the temperatures of your central processing unit and the graphics processing unit. However, one way to do this without a special program of any kind is through your personal computer’s BIOS system, or (Basic Input/Output System).

To accomplish this, the first step is in accessing the BIOS. To access the BIOS, simply restart your PC, and as it begins to boot up hit the delete key (you may have to hit this key between one and three times for it to take effect). If you are not a computer programmer or specialist, the BIOS screen can look a little scary or intimidating when opening it. You may also worry about accidentally making changes to it and upsetting the working order of your computer. These are normal feelings to have, but keep in mind that you can always discard any changes you made, either accidentally or on purpose, while exiting the BIOS.

On the screen in the BIOS section you should see the phrase CPU temperature. If you do not see it, simply navigate to the page where it is located. Here you can monitor the CPU temperature every time you start or restart your PC.

Because of the flaws with using the BIOS as your primary temperature checking format, you will probably find that the utility programs that may or may not be located in your PC is a much better way to go, allowing you to check the temps in real time when gaming or performing other heat-enhancing tasks.

MSI Afterburner is one of the best utility programs out there for monitoring the temperature of your CPU and GPU. It is also 100 percent free to use. Just by installing or clicking on this program, you can get immediate feedback on the temperatures of your computer components. This is crucial, because many a computer has crashed as the result of getting too hot. Not only can you monitor the temps of your CPU and GPU with MSI Afterburner, the program also allows you to over-clock and modify the speed of your GPU and CPU fans in an effort to bring rapid cooling to the machine.

MSI Afterburner is additionally highly customizable. The program supports most 64-bit applications and has a wide range of language support.

When you download the newest beta package of MSI Afterburner (explained above), that package comes complete with the RivaTuner Statistics Server (RTSS). Both the Guru3D and MSI teams are working together on both Afterburner and RTSS. The latter of these is used primarily to display the temperatures on screen, giving an accurate portrayal of your GPU and CPU temps down to the minute.

With the RivaTuner Statistics Server you can also do more than just monitor the CPU and GPU temperatures. Notably, the program allows you to limit the action in some of the First Person Shooter games being played on PCs. This ability is important, because these actions represent one of the primary reasons a computer may get overheated, so by limiting them you give yourself a powerful tool for keeping your PC’s temperatures in check.

The RTTS program can also limit the frame-rate during gaming, which can also improve your overall gaming experience by eradicating any unwanted micro-stuttering effects caused by frame-rate fluctuations.

Use an Open Hardware Monitor to Monitor Temperatures

While programs like MSI Afterburner and RTTS can be a little technical to understand and operate, a simpler option is the Open Hardware Monitor. Also a free open source program, Open Hardware Monitor represents a fast and easy way to monitor the temperature sensors of your GPU and CPU. It also allows you to monitor fan speeds, voltages, load and clock speeds. It is probably the simplest program to use on this list, and the best news is that it is totally 100 percent free to download and use.

AMD and Nvidia Control Panels for Monitoring the Temperature of GPUs

The AMD and Nvidia companies have their own control panels for monitoring the temperature of your GPU. They are named the AMD Control Center and the Nvidia Control Panel, respectively. Both of these control centers enable you to use the functions of your GPU in a wide variety of ways. This includes the ability to constantly monitor the GPU temperature in real time, without having to exit the game you are playing.

The AMD Control Center and the Nvidia Control Panel are typically installed with the graphics card drivers or the driver disc. However, if these two control centers did not come standard in your driver package, they can easily be downloaded from either the AMD or Nvidia websites.

Not for beginners, both the AMD Control Center and the Nvidia Control Panel are much more complex than the other methods we have listed here for checking and monitoring your computer’s temperature. If you are new to the PC world, and you intend to use these programs for the function described above, we highly recommend that you first download some tutorials before performing any processes with your GPU. This is the best way to prevent making any irreparable changes that may harm your device.

There are two utility programs, designed and produced by the AMD and Intel companies, respectively, that do a great job when it comes down to monitoring your computer’s CPU. The program from AMD is called the AMD Ryzen Master, and the program from Intel is called the Intel Extreme Tuning Utility. Both of these programs are completely free to download and very easy to use.

Ryzen Master from AMD is that company’s utility program—programs that allows you to monitor the temperature of your CPU and over-clock your CPU. Because every AMD Ryzen processor comes multiplier-unlocked from the factory, you can utilize Ryzen Master to customize the performance of that processor to your liking. Of course, you should only do this if you know what you are doing, as misuse of the over-clocking function can easily damage your hardware.

The Intel Extreme Tuning Utility also allows you to monitor the temperature of your CPU and over-clock your CPU for the best in performance. But again, only use this last function when you are confident in your ability to do so without causing any problems. 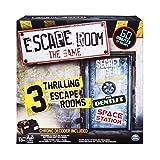 Spin Master Games - Escape Room The Game with 3 Thrilling Escape Rooms to Play, for Ages 16 and Up
$27.90
Buy on Amazon
Bestseller No. 2 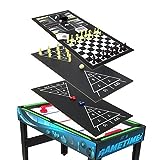 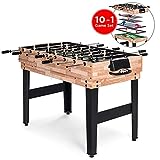 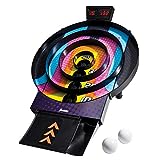