Elder Scrolls Online, which launched in 2014 and had two completely game-changing updates since then (the buy-to-play transition and rebranding to Tamriel Unlimited in early 2015, and the One Tamriel update in late 2016) has just announced its first expansion pack, titled “Morrowind”. This will contain a new class called the Warden, small-scale 4vs4vs4 battlegrounds with 3 different game modes, and the vast new area of Vvardenfell, the iconic and legendary island first featured in the original Elder Scrolls III: Morrowind game 15 years ago. The expansion, which can already be pre-purchased, will launch on June 6, 2017 on all three platforms, with a cost of $40/€40.

“But wait, this game already has small DLC packs, various cash shop items and an optional subscription fee – so how does an expansion fit in here? Isn’t it just a larger, somewhat overpriced DLC?” – you might ask. Well, in this day and age, it is just hard to differentiate between traditional expansions and DLC, which is an acronym for Downloadable Content. Less and less games are being printed to discs; while those are still popular among console players as a basis for initial installs, PC players mostly just buy and download their games digitally.

So in general, smaller and minor content additions are often considered to be DLCs – the main reason for this being their digital-only availability. It is very rare for DLCs to be made available in physical, boxed form – Skyrim’s two DLCs, Dawnguard and Hearthfire are notable exceptions to this rule. In the case of ESO, there are two editions of the game: the base and Gold Editions; the latter one contains the base game and the first four paid DLC packs out of 5 released so far (Imperial City, Orsinium, Thieves’ Guild and Dark Brotherhood are the ones included).

To put things into perspective, let’s compare the Dark Brotherhood DLC to Elder Scrolls IV: Oblivion and the base ESO game. For about $15/€15, you get a small-sized map with two cities (Anvil and Kvatch), the wilderness between them with two explorable caves, two world bosses and other minor landmarks in addition to the Dark Brotherhood guild, story, and 9 side-quests. The same area in Oblivion was about 1/8th of the playable area, with more landmarks, caves, ruins and such to explore than the one in ESO. And if we compare zone sizes and contents to the base ESO game, the Gold Coast is very small and offers relatively few content – a regular ESO zone would be at least 3-4x the size both in terms of actual area size, and in the amount of quests and explorable locations.

Now let’s take a look at Morrowind, the upcoming expansion pack. For $40/€40, we will get the content mentioned in the first paragraph. The playable areas of Vvardenfell island will be exactly the same as in the original game 15 years ago. So far, we don’t know whether it will include most landmarks and areas too, but as the release draws near, we will hopefully get to know the island better. The zone will be a self-contained area for any new characters created specifically for Morrowind; so in other words, a player will be able to start in the old world of ESO, or jump instantly into Morrowind content upon creating a new character.

Here is the confusing part: Morrowind is titled to be a new “Chapter” in ESO’s story – in MMO terms, this is just another word for expansion pack. This means that subscribers (ESO+ members) will not gain access to Morrowind just by being members; they will have to separately purchase the expansion in addition to the usual sub fee. Because Morrowind is called a Chapter, and not DLC, it is not covered by the “access all DLC” feature of the ESO+ subscription.

So… how much does it cost to play ESO? I have to say – it can be a bit expensive, but there are two main methods of paying for content. To access the entire offering of ESO, first, you will need to get the base game for cheap ($20/€20 or so) and also Morrowind if you want ($40/€40).

The first method from then is to pay once for the DLCs and play them forever. If you chose the Gold edition of the game ($60/€60), you will have the first four DLCs and the fifth ($10/€10) only if you really want to – the Shadows of the Hist pack only contains two hardcore dungeons intended for high-end players. This method has the benefit of not needing to keep up subscription for a longer period – ideal if you, like me, play only sporadically.

The other is to just subscribe to ESO+ for several minor bonuses, like an endless crafting bag to hold all your materials, 10% XP bonus, and of course, access to all paid DLC for the duration of the subscription. This costs $15/€13 per 30 days and is somewhat cheaper if you pay 3 or 6 months in advance. If you can afford this for long-term, or if you just want to play the game in a hardcore manner for a month or two, this is the best method – and in the latter case of playing for 1-3 months, might be cheaper than buying all of the DLCs and packs. As time goes on, this will ever be more true as more and more paid DLCs will be introduced to the game. 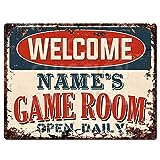