Pickleball is a fun game that has been around for years, but because it is not one of the more mainstream sports, many people may be unfamiliar with the game. This is where we come in. In the following article we will briefly define the game of pickleball and highlight the rules and style of play in the game. We have also provided a few great pickleball strategies that can help you excel at the game and win every time you play.

Pickleball is a popular paddle or racquet sport that combines elements of tennis, table tennis and badminton. The game can be played with two opposing players, known as “singles pickleball,” or with two teams of two players each, known as “doubles pickleball.”

The two or four players in pickleball use solid paddles made of wood or composite materials to hit a perforated polymer/plastic ball, similar to a Wiffle Ball, over a net. The court on which pickleball is played strongly resembles that of a badminton court, while the rackets are similar to those used in table tennis. The low net and rules of the game resemble those of tennis, with several modifications.

People of all ages, from children to seniors, can enjoy the game of Pickleball equally. Because the court is smaller than that of tennis, play is slightly more compact and a bit less taxing, making for a great way to combine competition with good old fashioned outdoor fun.

Pickleball can be traced back to the 1960s when it was invented as a backyard children’s game. To be more exact, the game was interestingly started in the summer of 1965 on Bainbridge Island in Washington State, at the home of former State Representative Joel Pritchard, who would later go on to be elected to the United States House of Representatives and as the Lieutenant Governor for the State of Washington.

As the story goes, Pritchard and two of his friends, Bill Bell and Barney McCallum, returned to Pritchard’s home after a game of golf. Knowing that their families were bored on that Sunday afternoon, the men decided to set up the backyard badminton set, but when they couldn’t find a shuttlecock, they lowered the badminton net, fashioned paddles from old pieces of plywood they found in the shed, and grabbed a Whiffle ball.—and the game of Pickleball was born.

Although some claim that Pickleball got its name from the Pritchard’s dog, Pickles, it is actually derived from the term “pickle boat,” which referred to the last boat to return with its daily catch. According to Pritchard’s wife, Joan, the name came after she said “the game reminded me of the Pickle Boat in the sport of crew, where oarsmen are chosen from leftovers of other boats. As a final note, in reality, the dog Pickles came to the family home of the Pritchards some two years after the game was invented—and the dog is actually named after the game.

What Do You Need to Play Pickleball?

To play pickleball, you will need the basic equipment and a court on which to play. This basic equipment includes a net of some kind to separate the court in two equal halves, a paddle for each player and a whiffle ball. All of these accessories can typically be found in a pickleball set.

The court for a game of pickleball strongly resembles a doubles badminton court in dimension. Officially, whether playing singles or doubles, the size of the pickleball court is 44 feet long by 20 feet wide. The net should be hung approximately three feet off the ground. The court is striped like a tennis court with no doubles alleys; but the outer courts, and not the inner courts, are divided in half by service lines. The inner courts are known as non-volley zones; they extend 7 feet from the net on each side. The main reason for these non-volley zones is to take away opportunities for smash volleys or drop shots, making the game more reliant on careful placement of shots. Of course, the rule also creates opportunities for the other side to fault, which adds to the fun of the game.

As the game of pickleball has grown in popularity around the country, there are now dedicated pickleball courts found at many playgrounds, community centers, parks and private clubs. Of course, if you cannot find a pickleball court, you can always create your own using sidewalk chalk to mark the boundaries, and props on each side to hold the net.

Rules of Pickleball and How to Play

Although pickleball is played on a court that slightly resembles a tennis court, only smaller, the rules of the game are much more similar to that of table tennis and badminton.

How the Game Begins

The game of pickleball commences with one side serving the whiffle-like ball—known as the pickleball—to the other side of the net using a wooden or composite paddle that resembles a ping pong paddle, only larger.

To serve the ball, the serving player must begin with at least one foot behind the back line of the court. Then, using an underhand swing only, the server hits the ball over the net, past the no-volley zone on the other side of the net. As with tennis, these serves must be made diagonally to the opposite side of the court.

All serves start from the right hand side of the court. Only one fault is allowed, which means players do not have two chances to hit the ball over the net as they do in tennis. However, in the case of doubles, both players of the same team will always serve back to back, after which the serving honors are given over to the opposing team.

Both players—or both teams—must allow the pickleball to bounce before hitting it with their paddle at least once at the start of the game. From that point onward, the players can instead hit volley shots if they so choose. Volleys are merely strokes that do not allow the ball to bounce on your side of the court. No player is allowed to hit a volley from the no-volley zone—within seven feet of the net on both sides (marked on the court). However, players can hit a ball that bounces in the no-volley zone, provided the shot was not a serve, in which cases it counts as a fault.

A player or team scores when the opposing player or team fails to return a legal shot or when that player hits the ball out of bounds. This means points can be scored when a shot is missed by your opponent, hit into the net, or hit out of bounds, just like the sport of tennis. Also, a player or team can only score a point on their own serve—when they served to start the point. The game continues until one player or team reaches 11 points, and all players/teams must win by two points. In other words, a game cannot end 11-10. Play must continue until a player or team meets or surpasses the score of 11 and wins by two points.

How Points Are Lost in Pickleball

As with tennis, there are many ways in which to lose a point in pickleball, also called fouls. Players will lose a point for:

Tips and Strategies for Winning at Pickleball

Beginners looking to get better and truly succeed at pickleball would be wise to follow some of the strategies we have outlined below—strategies that can help you excel at every level of the game.

When playing, and as the game of pickleball progresses, you may notice that your opponent has either a weak forehand or backhand stroke, or at least one that is slightly weaker than the other. If you do notice this, try to hit the majority of your shots to that weak side. For example, if your opponent has a weak backhand, try to place your shot in a spot where they have no choice but to use that stroke in making a return.

Don’t Give Up Too Much Court

If a player’s shot pulls you out of position, you must sprint back to the center of the court and resume a ready position. Failing to do this can give your opponent an easy shot into the part of the court that is vacated, and hence an easy point.

Playing Doubles? Hit it down the Middle

If you find yourself in a game of doubles pickleball, one of the best strategies to follow is to hit the ball towards the middle of the court. By hitting the ball down the middle, you are forcing your two opponents to quickly decide who will return the ball, which can often lead to miscommunication and an easy point for your side.

Mix Up Your Shots

Don’t rely too much on the same type of shot—even if it is your best shot. By mixing up shot types—drop shots, lobs, smashes, etc.—you can keep your opponent constantly guessing, which may force him to make a mistake.

First and foremost, remember to have fun when playing pickleball. This fast-paced and quirky game has its roots in spirited backyard fun and competition, so try not to take every shot so seriously, and don’t become discouraged if you are not catching on to pickleball as fast as you would like. 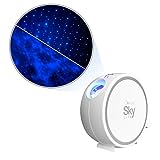